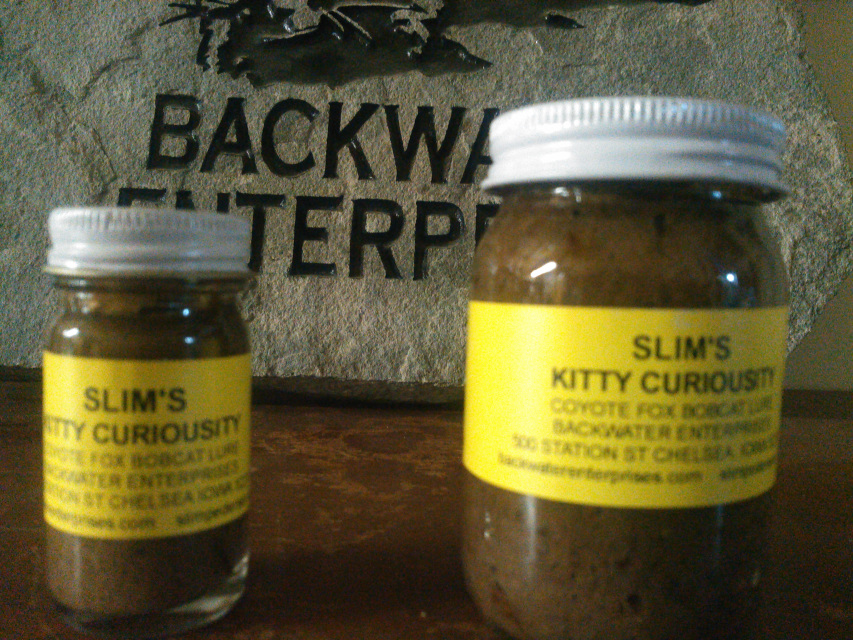 Kitty Curiosity-----This lure was originally intended to be a coyote lure. It is probably one of the best coyote lures ever developed and works both on flat sets and within a dirthole as a curiosity. It soon became apparent that bobcats will not stay away from the lure, so Slim changed the name, since it is one of the better bobcat lures Slim has ever used. Kitty Curiosity is our best selling lure for a reason, it flat out works season after season.